Spring in the desert doesn’t usually last too long, so I get out with a camera as soon as possible to capture some reference photographs I can use later in the summer. The buckhorn cactus produces some beautiful flowers, and I loved how the sun was shining on the orange-red blooms. 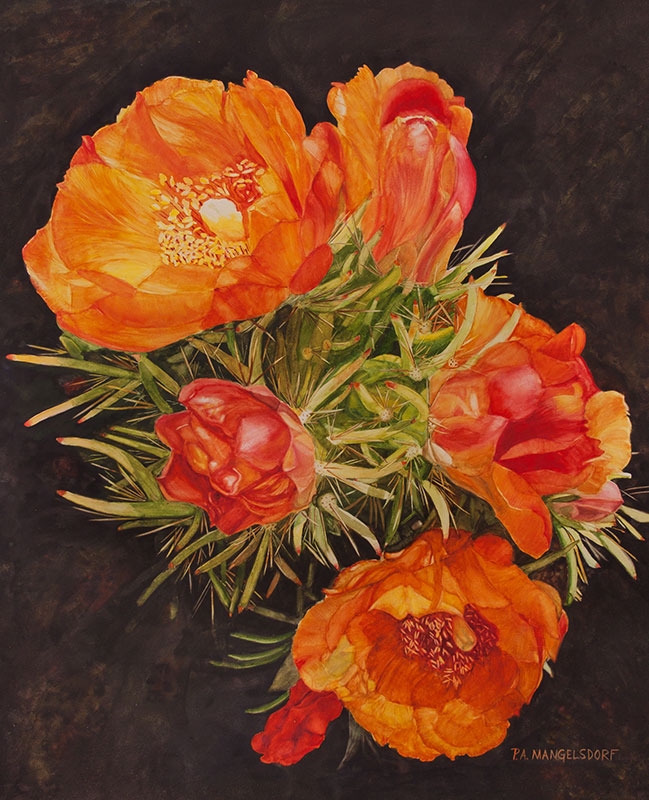 To capture the shimmering colors of the blossoms, I first did a detailed drawing on clayboard (commercially called Aquabord) that is made especially for watercolor. The dark background was laid in next against the masked edges of the flowers. Then, I worked on one flower at a time, layering the color. After many hours of painting and adjusting the colors, I was finally satisfied the painting was ready for my signature.

However, one final process remained. Aquabord is designed to not require glass to cover it when finished. Instead, it must be varnished with a preservative made to protect the delicate watercolors. Two or three coats of sprayed protectant are first used followed by four to five coats of hand-applied varnish to complete the artwork. Finally, “Buckhorn Blossoms” is ready for its debut.